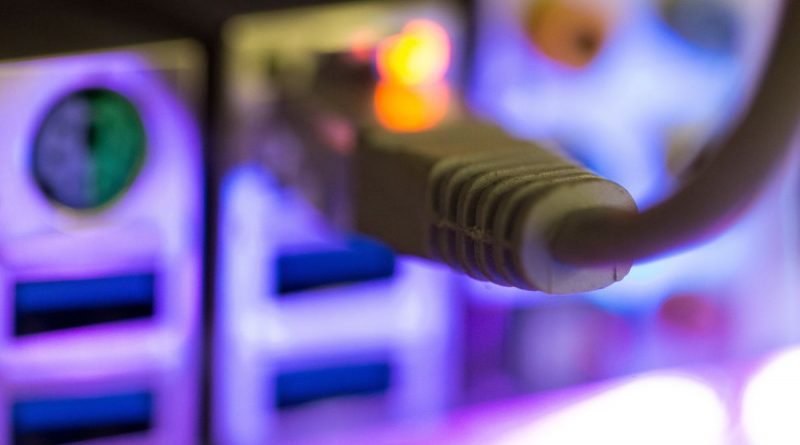 Ripple, the white-hot crypto currency that more than doubled in the past week, plunged as much as 20 percent after Coinbase said it’s not adding any new coins to its exchange at this time.

Ripple fell to as low as $2.65 after reaching an all-time high of $3.30 earlier Thursday. The coin was down 1.1 percent on the day to $2.78 as of 2:52 p.m. in New York. Ripple last week surpassed ether as the world’s second-most valuable cryptocurrency after bitcoin. 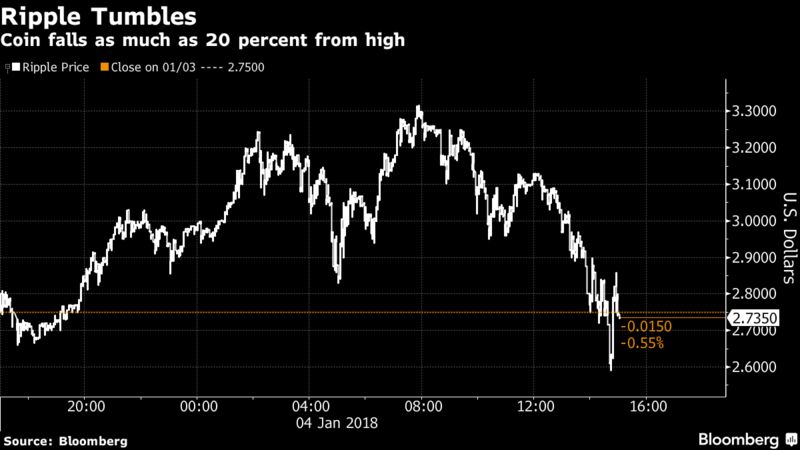 Coinbase, one of the largest crypto exchanges, said in a Twitter post by its chief executive officer that it had not made a decision to add new coins. “Any statement to the contrary is untrue and not authorized by the company,” Brian Armstrong’s feed said.

Coinbase currently offers trading in bitcoin, bitcoin cash, ether and litecoin. Bitcoin cash rose as much as 45 percent on Dec. 19 when Coinbase added it to its lineup.

For more on cryptocurrencies, check out the podcast: 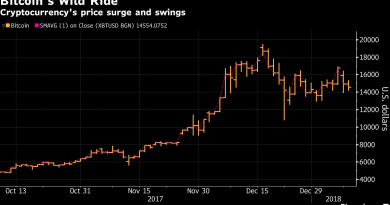 Goldman Says Cryptocurrencies May Succeed as Form of Real Money